Dr. Nelson attended the University of Kansas in Lawrence and graduated with a Bachelor of Arts degree in Biology in 1988. He worked for a year in a research laboratory at the University of Iowa College of Medicine conducting experiments in immunocytochemistry. He graduated from the University of Iowa College of Dentistry in 1993 with a Doctor of Dental Surgery degree and entered the United States Army. While serving nine years in the military, Dr. Nelson completed a one-year general dentistry residency and an endodontic residency training at Fort Gordon, Georgia. Since 2002, he has been engaged in private practice limited to endodontics. He became board certified in the specialty of endodontics in 2008. He and his wife have two daughters and reside in Overland Park. 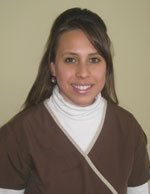